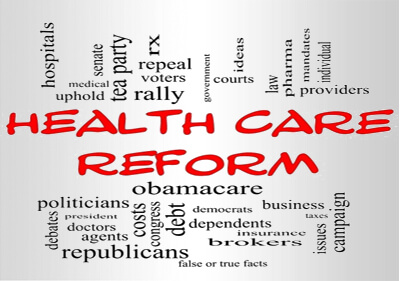 Recently, the House of Representatives voted handily in favor of increasing the number of hours required to be categorized as a “full time worker” under the Affordable Care Act, (ACA) from 30 to 40 hours per week. The distinction is important, because the ACA requires employees classified as working full time hours to be provided with healthcare by their employers, or the employers face a penalty. The original mandate required that employees working 30 hours a week or more be considered as full time employees under the ACA.

There are possible benefits and repercussions to the 40 hour work week bill. Republicans contend that the 40-hour work week bill will generate more jobs while many Democrats argue that the bill will mean that fewer employees will be able to access health insurance under the ACA.

Many employers and employment lawyers have taken a “if it ain’t broke don’t fix it” approach and have not seen the need to have a federal mandate of what is considered full time under the ACA. Currently, employers have determined what is full time on their own, which can range from 30 to 40 hours a week.

Others are concerned that the higher standard distinguishing between part-time and full-time employment will create more workers (all part-timers) without any real health coverage. There has been some bipartisan support for the new bill, but it still needs to clear a Democratic filibuster in the Senate and the already-promised veto pen of the President.

This bill acts is a sister bill to the Save American Workers Act of 2014 that was passed by the Republican House, but never brought up for a vote by the Democratic Senate. This year, the bill has again made it to the Senate. However, although Republicans have the majority, they remain six votes short of the magic number sixty to avoid a filibuster. President Obama has already threatened to veto the bill at his desk, and while the bill passed with a healthy margin in the House, it was well short of the roughly 290 votes that would be needed to override the veto. The House vote occurred just a day after the Congressional Budget Office estimated that the bill would add to the long-term deficit by reducing employer penalties and increasing subsidiaries to the employees.

Senate Majority Leader Mitch McConnell (R-KY) has already articulated, along with several other key Republican leaders, that making changes to the ACA is a top priority. However, between the arguments against changing the definition of the work week and the current atmosphere of ideological animosity between parties, it would seem that proponents of the bill are going to have a challenging task ahead of them. The future of this bill is still uncertain.