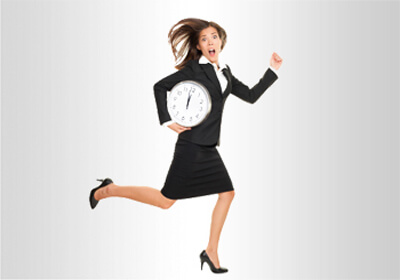 One of the basic expectations that every manager has for staff is the assumption that their employees should arrive to work on time.

It’s a core policy in every employee handbook and policy and procedure manual for organizations across the country.

Employers have the right to expect that their employees show up to work – and on time. The caveat here is that employers need to be clear about its position on arriving at work on time,  and apply attendance policies consistently and fairly across the company – or that “right” may be in jeopardy.

The article, “Second Circuit Holds That Whether On-Time Attendance Is an Essential Function Is a Fact-Based Determination” shares a case that turns employers’ expectations related to attendance on its ear.

Employers beware – you cannot assume that on-time attendance is an essential function of every job, as the U.S. Court of Appeals for the Second Circuit recently ruled. In McMillian v. City of New York, the court held that the determination of which jobs compel on-time attendance requires a fact-based analysis, which must include the consideration whether an employee’s “physical presence” in the workplace is in fact necessary.

In an era where more employers are allowing telecommuting, remote work, and flexible hours, employers that want their employees to report to a physical place and be on time should take steps now to make sure that these requirements are documented so that it can be proven that attendance is in fact an “essential function of the job.”

The plaintiff had schizophrenia, which was treated with calibrated medication.  He claimed that his morning medications made him drowsy or sluggish and, as a result, he would frequently arrive late to work, sometimes after 11:00 a.m.  For a period of about ten years – from approximately 1998 to 2008 –  the plaintiff’s tardy arrivals were overlooked by management.

In 2008, however, senior management’s perspective on the tardy arrivals changed.  The plaintiff’s supervisor stopped approving his late arrivals, resulting in the plaintiff making numerous verbal requests for a later start time to avoid being disciplined for tardiness.

In 2010, the continued late arrivals led to disciplinary action and an ultimate recommendation during a grievance hearing that the plaintiff be terminated.  The plaintiff’s union representative, however, asserted that his employment should not be terminated due to the mitigating circumstances, namely his disability, that resulted in his tardiness.  Ultimately, the City reduced the recommended sanction of termination to a 30 day suspension without pay.

Shortly after the grievance hearing the plaintiff formally requested an accommodation for his disability – specifically, a later flex start time that would permit him to arrive at work between 10:00 a.m. and 11:00 a.m.   The request was handled by the director of the City’s Equal Employment Opportunity Office, who spoke with management but never with the plaintiff regarding the accommodation.  Based on these discussions, the City concluded that a later flex start time could not be accommodated because there was no supervisor at the office past 6:00 p.m.

The Lawsuit and District Court’s Decision

After the City denied his accommodation request and placed him on a 30-day suspension for violation of the flex-time policy, the plaintiff brought suit alleging that the City violated the Americans with Disabilities Act (ADA), the New York Human Rights Law, and the New York City Human Rights Law.  In his lawsuit, the plaintiff alleged that he often worked past 7:00 p.m. and that the office is open until 10:00 p.m., so that, even if he were permitted to arrive late to work, he would still be able to work 35 hours per week.  In the alternative, the plaintiff noted that he was willing to work through lunch to bank time.  According to the plaintiff, either of these proposed accommodations would permit him to perform the essential functions of his case manager position.

The City’s position was straightforward. In the district court, it argued that timely attendance was an essential function of the plaintiff’s case manager job. The district court, noting that it was required to give deference to the employer’s judgment and policies, accepted the City’s argument and granted summary judgment for the City, finding that the plaintiff could not make out a prima facie case because he could not establish that he could perform the essential functions of the job with or without a reasonable accommodation.

The Second Circuit vacated the district court’s decision and remanded the matter. In so doing, it found that the district court had erred in two ways:  first, by assuming that “physical presence” in the workplace was an essential function of plaintiff’s position, and second, by not looking closely enough at whether the City had failed to reasonably accommodate the plaintiff.

When Is Physical Presence at Work Necessary?

On the first point, the court found that “physical presence at or by a specific time is not, as a matter of law, an essential function of all employment.”1  Although the court noted that timely arrival may normally be an essential function of a position, it emphasized that a court is required to conduct a fact-specific inquiry before accepting an employer’s contention that timely arrival is in fact an essential function for the position at issue.  Moreover, the court distinguished the cases cited by the City and the district court because those cases involved positions that absolutely required the employees’ presence during specific business hours (e.g., head nurse position, position requiring specific deliverable by 4:00 p.m. each day).

In this case, the court remanded the matter to the district court noting that it needed to consider more closely whether the City’s claim that the plaintiff needed to be physically present at work by a specific time could be the subject of a reasonable dispute.  On balance, the court noted that the following facts might support a conclusion that a jury should decide whether the plaintiff’s late and varied arrival times substantially interfered with his ability to fulfill his job duties:

Was a Reasonable Accommodation Available to the Plaintiff?

On the point of whether the plaintiff could be reasonably accommodated, the court concluded that the district court had not performed a sufficient factual analysis of the issue.  In particular, the court noted that, once the plaintiff had suggested plausible accommodations and the City rejected them, the burden shifted to the City to demonstrate that such accommodations would present undue hardships and be unreasonable.  The court noted:

While it remains to be seen what will happen in the district court on remand, the Second Circuit’s decision raises a number of issues for employers to consider: