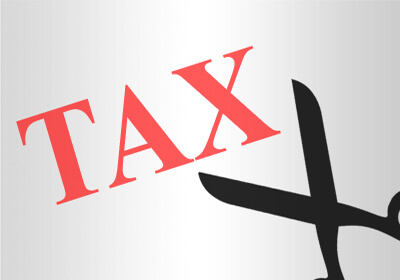 Almost a year ago, an extension was filed on the yearlong provision set forth in the Temporary Payroll Tax Cut Continuation Act of 2011. Around 160 million people were affected by this 2% reduction in the tax on their payroll, says corporate payroll services departments. The reduction brought the percentage from 6.2% down to 4.2%.

This tax cut, according to the IRS, will not affect these workers’ ability to claim Social Security benefits in the future. The benefit now is simply having more money on their paycheck. The hope is that these workers will, in turn, spend more and stimulate the economy. As reported by the New York Times, this tax cut was aimed at helping middle class families by putting –roughly– $1000 extra dollars in their pockets. The two month extension turned into a full year and is set to expire on January 1st 2013. If the temporary cut is not extended into 2013, the tax increase will cost American tax payers an estimated $92 billion in that year alone.

Analysts and members of Congress maintain that this year must be the final one for the tax cut on payroll, although services will continue to be underfunded without the revenue generated by this tax, they claim. In Congress, this sentiment transcends partisanship as Republicans who were vehemently opposed to it last year and Democrats who fervently supported the continuation of the cuts last year agree that the payroll tax cut should be allowed to expire.

Economists, however, fear that the spending cuts combined with the tax increases set to take effect next year, could plunge the country into a recession. One liberal research group, the Economic Policy Institute, for example, anticipates that allowing the payroll tax cut to expire would decrease the country’s economic output by about 1% and cost about a million Americans their jobs.
The Congressional Budget Office has outlined a few other policy changes set to take effect in 2013 that will affect the budget.

These projected changes have economists and both Republican and Democratic members of Congress focusing on a larger economic picture, one that would affect the deficit dramatically. The expiration of the temporary payroll tax cut is on the list as well.

With all of these policy changes set to take effect, the Congressional Budget Office has some interesting projections for the fiscal year of 2013. First, they estimate that the deficit will shrink by about $641 billion. Secondly, they predict that the unemployment rate will rise to about 9% and the GDP will fall. And thirdly, inflation is to remain relatively low.

So, although the deficit will shrink, the economy will display factors that would classify it as a recession. Allowing the Temporary Payroll Tax Cut Continuation Act of 2011 to expire will contribute to this recession status, but it looks like it is going to go unopposed during budget negotiations next month.