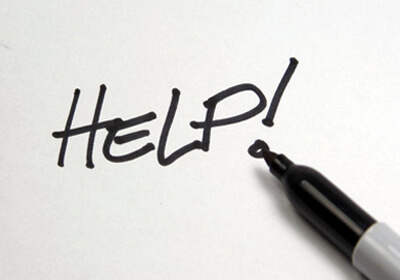 Sometimes the best way to understand a situation is to learn from similar experiences.

The following story is a hypothetical situation of an employer who needs to think about the best way to end a working relationship because of attendance issues.

Maybe this story can help you with your difficult employee issue.

Terry has been working for Greenleaf Landscaping for ten months.  For 9 out of the 10 months, Terry has called in sick or has been a “no show” for at least one day out of the month.

Terry always has what sounds like a reasonable explanation.  One month, his mother was ill and he had to take her to the E.R.  Another time, he was in a car accident.  The car was totaled and he couldn’t make it in.  In the most recent incident, he and his wife were closing on a house.

“I want an employee that I can rely on and trust; and who really wants to work here.”   “Terry doesn’t fit the bill.”   “I want to end Terry’s employment with the company, but I’m so nervous about it.”  “I don’t know how to begin to approach Terry about my concerns.” “How do you terminate an employee?” “Can I terminate an employee for being late for work or for being absent frequently?”

How would you respond in this situation?

You are in the best position to fire an employee if you have had clear discussions that have been documented over time.

In this case, Marianne should meet with Terry and share with him her concerns over his numerous absences.  It’s important to reinforce that her concerns are not new and that she has expressed her concerns about his attendance over a period of time.

Marianne can then share with Terry what the impact that his repeated absences have on the business.  The manager should feel comfortable with the knowledge that she has coached Terry over time and that she has clearly communicated her concerns and gave Terry fair warning that the repeated absences could have negative consequences.

If an employee indicates that there are medical reasons for the absence, consult with a human resources expert or employment lawyer.

Just because an employee indicates that they are absent due to medical reasons doesn’t mean that they can’t be terminated. What it does mean is that you should work with the employee in conjunction with human resources or an employment lawyer to determine whether the condition may warrant federally mandated Family Medical Leave, (FMLA), or whether there are any accommodations that should be made for the employee under the American with Disabilities Act, (ADA) before deciding whether termination is the best direction to take.

Remember that there are some circumstances, such as an employee’s serious medical condition, or when the employee may be out caring for a sick family member, where frequent absences may be covered under the Family Medical Leave Act, (FMLA).   The key here is that the employee should make you aware of the situation so that you can work with them in conjunction with the law.

You should always consult with an employment attorney or the Department of Labor for your State to learn more about how to handle sick time absence cases if you don’t have access to a human resources professional.