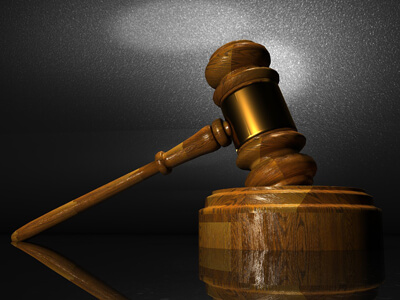 California employers would do well to pay attention to a flurry of Supreme Court decisions dealing with employment law over the past year. The decisions touch upon a broad range of issues and effect privately held companies, publicly traded organizations and government agencies.

The ruling involves a case in which employees of FMR LLC, a private contractor filed a lawsuit against their employer under Sarbanes-Oxley. The employees claimed they were unfairly terminated for reporting fraud at Fidelity, a public company for which they were working as contractors. FMR had argued that Sarbanes Oxley did not apply in this case because it was a private company. The Supreme Court however disagreed and held that employees of non-publicly traded companies may indeed sue under SOX if their employer provides services to a public company.

Another Supreme Court decision with widespread implications involves severance payments made to employees who are involuntarily laid off.

Quality Stores claimed that severance payments made to employees who were terminated should not be subject to Social Security taxes, Medicare and other withholdings. The United States Internal Revenue Service argued that lump sum severance payments were a form of wages and were therefore subject to the tax withholding provisions of the Federal Insurance Contributions Act (FICA). The Supreme Court sided with the IRS and held that while lump-sum severance pay could not be considered as remuneration for specific work, it was indeed employment-related and therefore subject to tax withholdings.

There were at least two other Supreme Court decisions over the past year with potentially far reaching implications for California employers. One of them involved free speech issues while the other touched upon provisions of the Fair Labor Standards Act.

In Lane Vs Franks the Supreme Court ruled that employees of public sector firms have a First Amendment right to speak against their employer on matters of public concern or matters involving the public employer’s interests.

In Sandifer v. United States Steel Corporation, the Supreme Court held that the time employees spend donning and taking off protective gear in the workplace is not compensable under the Fair Labor Standards Act.

For Lawson Vs. FMR: http://www.scotusblog.com/case-files/cases/lawson-v-fmr-llc/

For Lane Vs. Franks: http://www.scotusblog.com/case-files/cases/lane-v-franks/