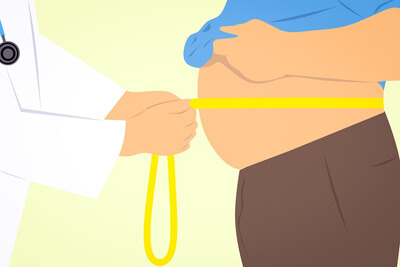 From the overweight workers point of view, the workplace is increasingly becoming a hostile environment.  The Center for Disease Control indicates that roughly one in three Americans are obese.  A sobering statistic when it appears that mandates against obese employees is a trend that is on the uptick.

Discrimination against overweight individuals is nothing new; but given the tie-in by some employers to the health risks of being overweight, cutting healthcare costs seems to be fueling this new wave of bias. The cost of health care increases by about 15% a year which is 3 times higher than inflation – major incentive for some companies to find ways to cut costs.

Title VII of the national Civil Rights Act which protects employees against race, national origin, age, sex or religion discrimination in the workplace does not offer protections against weight discrimination with the exception of the  state of Michigan as of this writing.

Why is there no state-wide legislation that protects obese workers from workplace discrimination?

One reason may be that negative opinions about the obese are still seen as socially acceptable.  Based on statistics from a 2012 Harris Interactive/Health Day poll, “a majority of people, (61 %) do not consider negative remarks about a person’s weight to be offensive.”

Despite the fact that there is no legislation governing how obese employees are treated in the workplace, your best practice is not to assume that it is okay to treat the obese differently if for no other reason than to demonstrate a commitment to treating all employees with respect and fairness.

If that is not persuasive enough, note that there have been a number of cases through the Equal Employment Opportunity Commission, (EEOC) that have been settled out of court in favor of affected employees:

$55,000 settlement in favor of an employee who was fired because he was obese.

$125,000 settlement in favor of an employee who claimed that she was fired because she was overweight.

It is important to note that the EEOC views obesity regardless of whether the person is mildly or morbidly obese, to be protected under the American with Disabilities Act. Why?  Obesity in any form can impact quality of life.