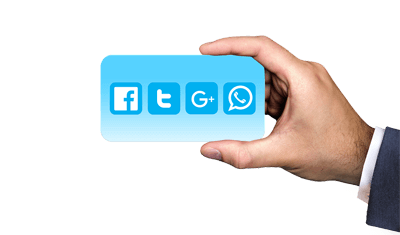 Employers have become very cognizant of their employee’s social media use.  Many companies have social media policies in place to address the company’s expectations regarding how social media can be used both in the workplace; especially as it relates to posting comments relating to proprietary company information.

The article below, “Facebook Pictures of Employee Socializing at Festival Drown her FMLA Claims” features a real-life case relating to social media viewed through a slightly different lens.  The author shares a case study of an employee who indicated that they suffered from a medical condition that restricted their ability to work at times, but who posted pictures on her Facebook account that seemed to contradict her reason for being out on FMLA.  How the company handled the discovery of the Facebook pictures and how they handled the situation as a whole is a important and valuable learning moment for employers.

Thanks to Jeff Nowak with Franczek and Radelet for posting this timely article.  And be sure to check out the upcoming webinar on December 6, 2012 on “FMLA Made Easy: Effectively Managing Difficult FMLA Issues”

Employers and fellow FMLA nerds, consider this an early holiday present: Courts are increasingly dismissing FMLA claims when they find that the employer has an honest belief that the employee has engaged in FMLA fraud.

This is a longer than usual post, but hang with me, as I share some best practices below.

Take the situation of Sara Jaszczyszyn.  (We’ll call her Sara, for short.)  Sara worked for Advantage Health Physician Network as a customer service representative where she spent most of her day talking with customers by telephone.  As the result of a car accident several years earlier, Sara experienced back pain, which began to worsen shortly after her employment started.

Sara first missed work for the condition on August 31, and she returned to work with medical certification supporting the need for intermittent FMLA leave. The certification indicated that Sara likely would have four “flare ups” per month and that each flare up could last anywhere from a few hours to a few days.  When they occurred, Sara could not perform all of her job functions.

After obtaining this certification, Sara took it as carte blanche to remain absent for a continuous, open-ended period of time.  After early September, Sara remained absent.

While Sara was on FMLA leave, she attended “Pulaski Days,” a Polish heritage festival, where she spent eight hours socializing with friends.  After the festival, Sara posted on Facebook several pictures in which she is shown *enjoying* the festival.  Sara’s co-workers weren’t amused, since they “were covering for her” (whatever that means).  Apparently feeling betrayed because Sara was partying and they weren’t, several of Sara’s co-workers complained to their boss, who then viewed the Facebook pictures.

After her termination, Sara filed FMLA interference and retaliation claims against Advantage. However, these claims were quickly dismissed.

Why?  Because the employer responded precisely in the manner it should.

After learning of the Facebook pics, the employer did not rush to judgment and terminate Sara on the spot.  Rather, it conducted a complete and exhaustive investigation of the facts at issue. Specifically, Advantage invited Sara back to work to discuss her leave of absence.  During the meeting, they: 1) confirmed her requests for a leave of absence through the present time; 2) confirmed with her the extent of her injuries that she believed prevented her from performing her job; 3) obtained her confirmation that she understood how seriously Advantage took fraud; 4) presented her with the Facebook pictures and explained why they thought these pictures were inconsistent with her statements supporting the need for leave and her certification, which stated that she was “completed incapacitated.”

Moreover, the employer wisely asked Sara to explain the apparent discrepancy between her “complete incapacitation” and the Facebook photos.  Sara’s response?  She “was in pain at the festival and was just not showing it.”  After that excuse failed miserably, her next response was telling.  You guessed it: silence.

What must an employer establish when it terminates an employee for FMLA abuse?  That it had an honest belief the employee was engaging in fraud.  In other words, it must show that it reasonably relied on the particular facts at issue, even if the employer is later proven to be mistaken in its belief.  An employer effectively advances this defense only when it conducts a complete and exhaustive investigation into the alleged facts.

Here, Advantage’s investigation served as Defense Exhibit A in dismissing Sara’s FMLA claims because it was able to show that it conducted a complete and exhaustive investigation into the facts at issue.  Look above at Advantage’s investigation: it confirmed the scope of Sara’s need for FMLA leave; it asked Sara explain in her own words what her limitations were; it had her acknowledge the importance of combating fraud in the workplace; and then, after obtaining these admissions, it lowered the boom by introducing the Facebook pictures.  At that point, did Advantage really even need to inquire further?  Sara’s underwhelming response when faced with the pictures was evidence enough.  See the court’s opinion in Jaszczyszyn v. Advantage Health Physician Network (pdf) here.

I regularly remind my clients: even when you have have caught an employee red-handed in fraud or inappropriate conduct, there is absolutely no substitute for a complete and exhaustive investigation into the facts.  Why?  Courts and juries insist on it.  It simply is human nature to assume that all employees will be afforded some level of due process — i.e., the chance to respond to the allegations and defend themselves — before a termination decision is made. When employers don’t afford an employee this opportunity, the risk of litigation and an adverse ruling increases significantly.  Follow Advantage’s lead, and set yourself up for a strong defense.

Still interested in how an employer can effectively advance an “honest belief” defense?  We’ll cover this topic head on during our December 6 webinar, which you can register for here.

By now, you’re really interested in seeing Sara’s Facebook pics, aren’t you?  Eric Meyer of the Employer Handbook has them here.